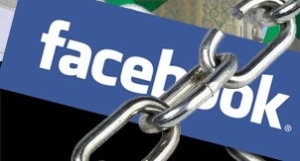 I was checking my stat counter and my blog has been getting a lot of hits on lisp4.  I just found out from Mike’s blog that Facebook is still blocked in Dong Nai province or was blocked just last March 1 which included accessing FB via lisp4.  That is really odd because I can now access Facebook without problems whether I’m in District 1 or 7 here in Ho Chi Minh City.

Maybe the ISPs in the provinces haven’t received the memo yet that Facebook is no longer website non grata?  For those who are still unable to access, I’m sharing again that I was able to do so before using Dylan Nguyen’s tips on how to access Facebook and ofcourse through Hotspot shield.

This entry was posted in Scribbles and tagged alternatives, Facebook, Lisp4. Bookmark the permalink.

3 Responses to Lisp4 No More