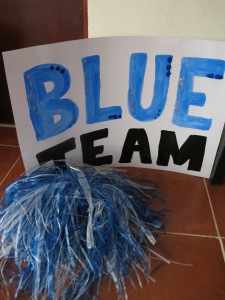 Alex was asking if I’m going to post our ILH Sportsfest in Hello Saigon.  The answer is YES!

The ILH families (Filipino families from Intel) got together for a full day of sports fun at the Saigon South International School.  Some two years ago, we were sort of shipped to Ho Chi Minh City for work.  And it has been a terrific experience so far.

The sportsfest was not formally sponsored and so I was truly amazed at the huge effort by the families in putting their time to make the fest a success.

Special thanks go to the organizers, who by the end of the day were parched and tired from herding some 60 participants from one game to the other.  Lam tot lam Thines and Arlene! 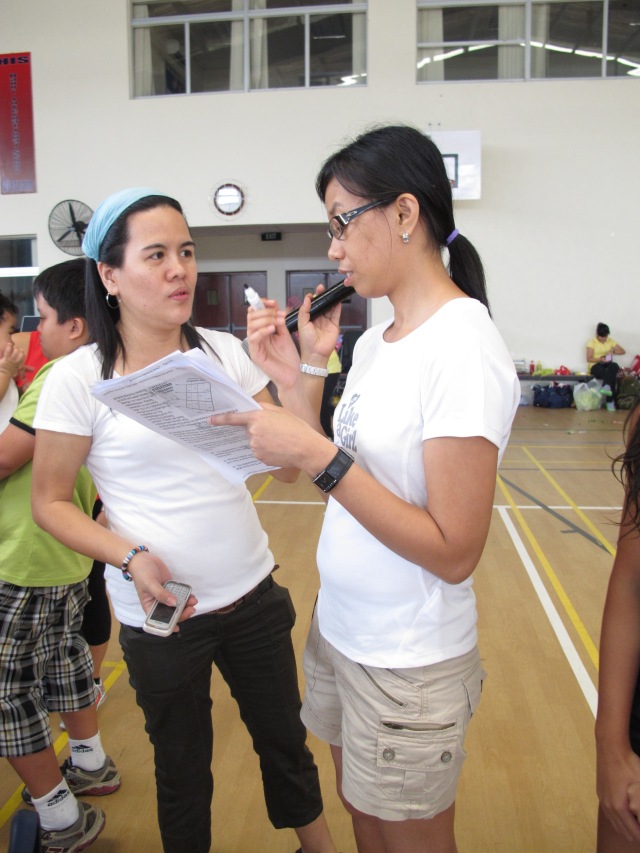 Unlike the usual sportsfest, ours is Filipino-style.  We even began the fest with the Philippine National Anthem sung by Gilbert and Bong and an oath of sportsmanship like no other! 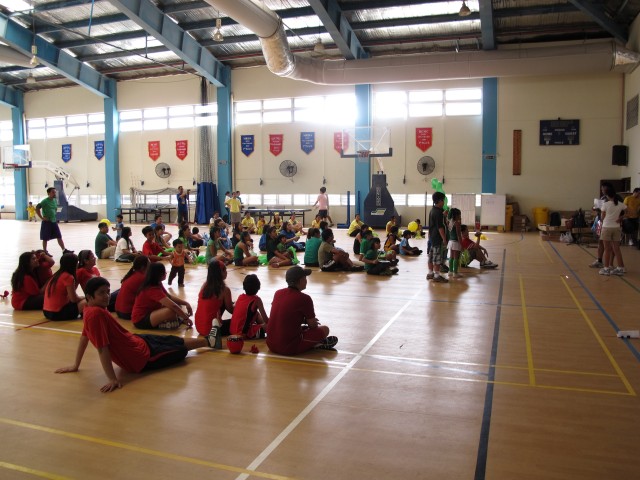 Unfortunately though, I didn’t get to take photos of all the games because I was also a participant.  We had 4 teams, Red, Blue, Yellow, and Green.  I was with the Blue Team and it didn’t quite work out for us in the points department, but we did had a lot of laughs!  So overall, we feel like winners too! 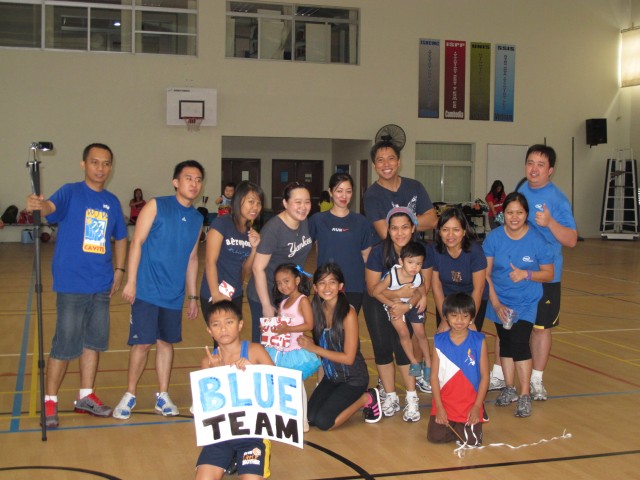 Our team muse, Janna, who wants to be a designer when she grows up, won the Best Muse award! 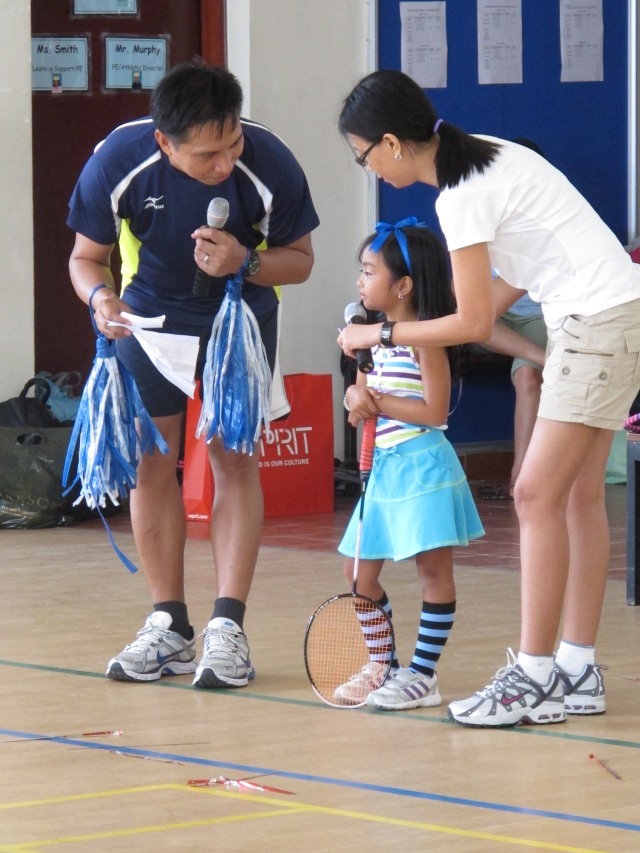 The first game was Net Ball for the women which is sort of like basketball minus the dribbles.  The Red Team won overall for this game. 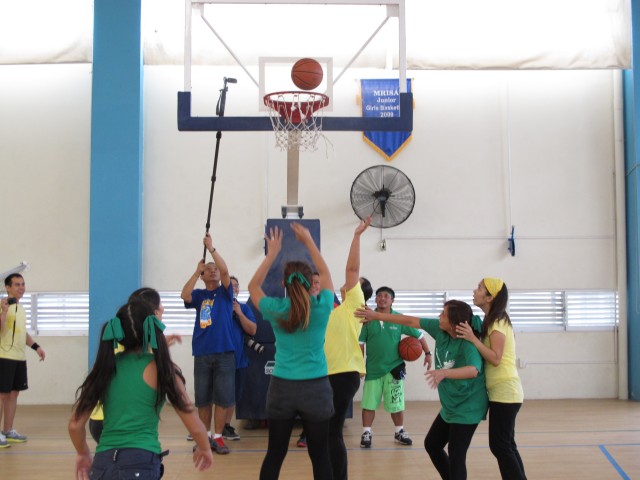 We also did the sack race. 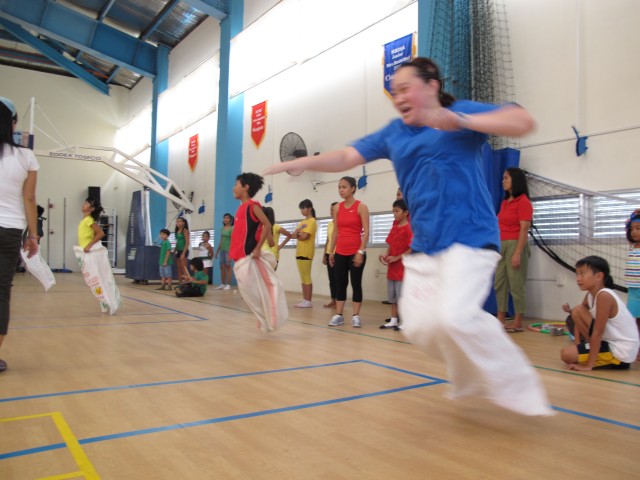 Here’s Karen and I preparing for the Arm Wrestling or what we call Bunong Braso.  But neither of us played in the end giving way to the more stronger amazonas.  😀 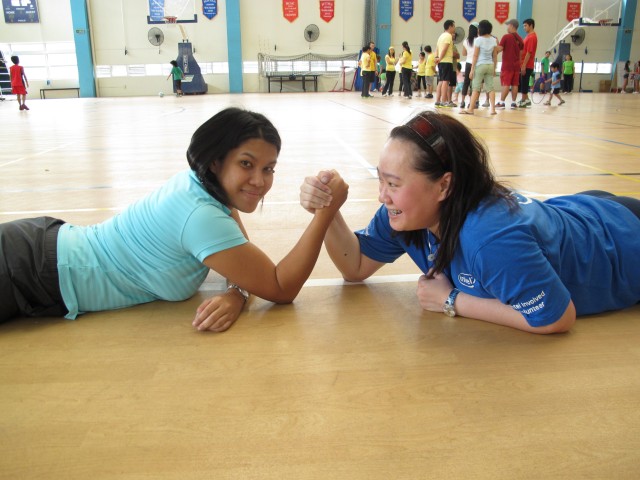 Next was Capture the Flag which we call Agawan Base.  I think this was the only game which we won! 😀 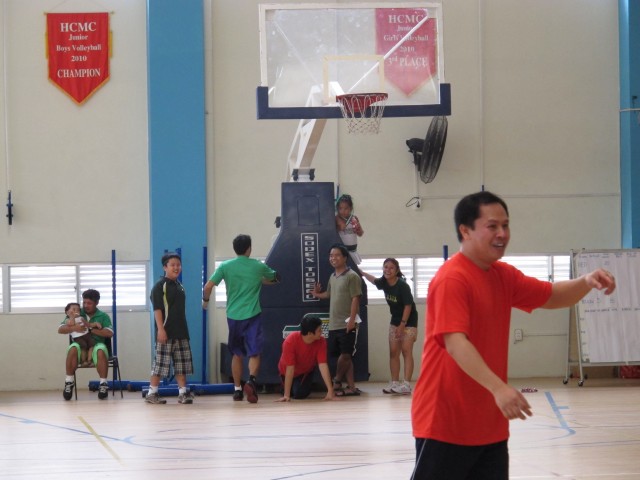 Then of course, we took a break!  Lunch time Filipino-style.  We brought bopis, biko, laing, lumpiang shanghai, puto bumbong, menudo, and pizza! 😛  There were so much food going around! 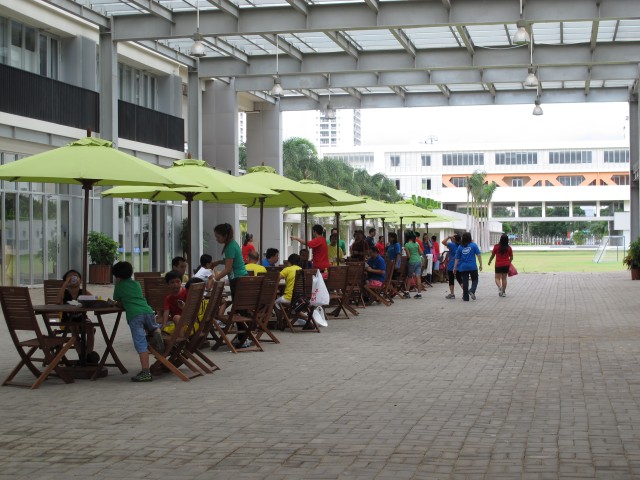 After lunch, the kids played jackstones and pick-up sticks,

and the adults also took part in the hula hoop race, Chinese garter,

The arm wrestling event was for women only but the guys wanted a piece of the action too! 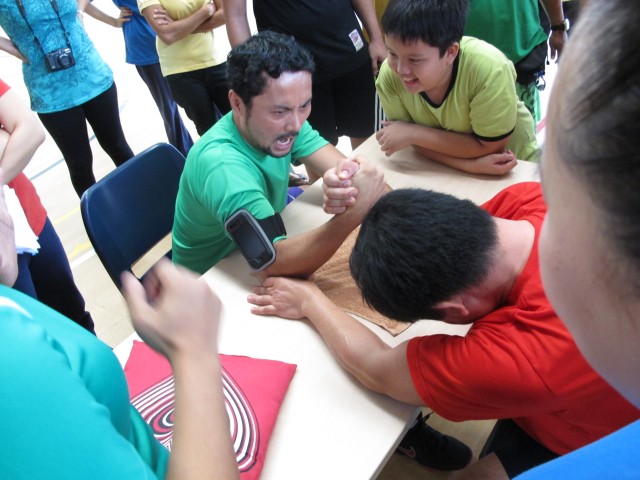 The last game was patintero. 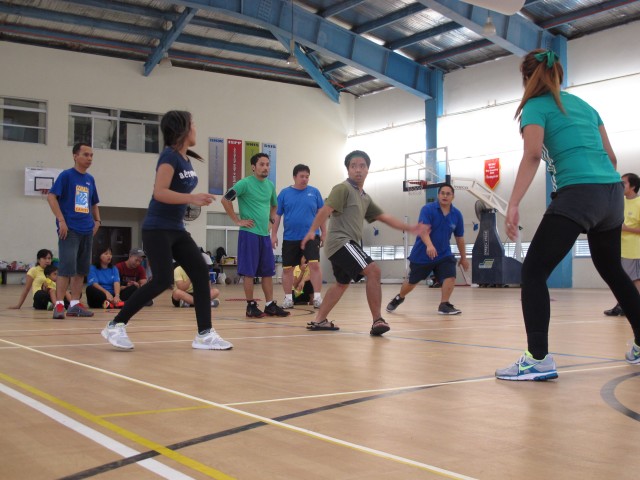 Whew!  But that’s not all.  To wrap up the sportsfest, each team prepared a cheer.  Unfortunately, I didn’t get to take photos of this one because we were too busy in the event. 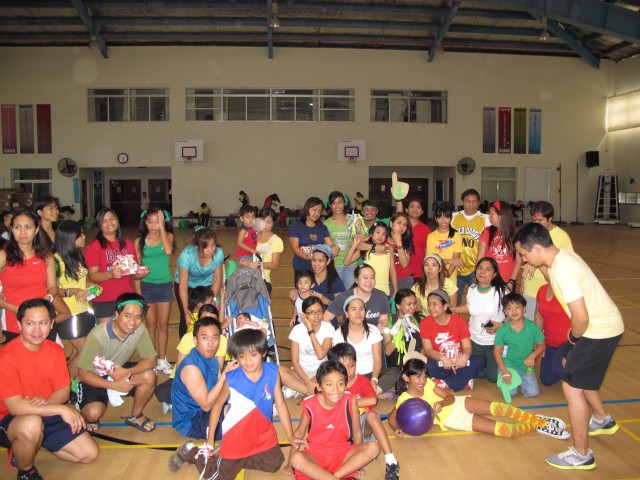 What a loooooong, tiring day but well worth every minute.

Kudos to the ILH Sportsfest organizers and to all the participants!  We all rocked!

Leaving you with this cool video of the sportsfest made by the Luciapao family!

This entry was posted in Event and tagged sportsfest, SSIS. Bookmark the permalink.