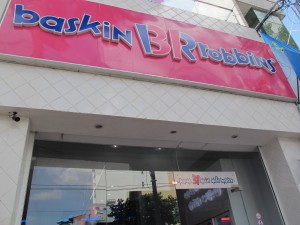 I know this isn’t much news but IS a sign!

With the steady influx of Western food stores, it could mean that Starbucks and McDonald’s aren’t far behind.

Now, it’s Baskin Robbins.  I’m not sure how many outlets it has in Vietnam but in Saigon, I’ve spotted two — one near Ben Thanh Market at Le Loi St. and another at Nguyen Thi Minh Khai St.

After being under the Saigon hot sun, who can say no to ice cream?

There were so many to choose from that it was terrific to just taste first a few.

I would have loved to sprinkle my ice cream with these stuff but the ghost of my “almost” gestational diabetes days was haunting me.

Ice cream in Baskin Robbins is of course expensive but luckily we were wearing something PINK today and it meant we can get a regular scoop for the price of the value scoop! Yay! 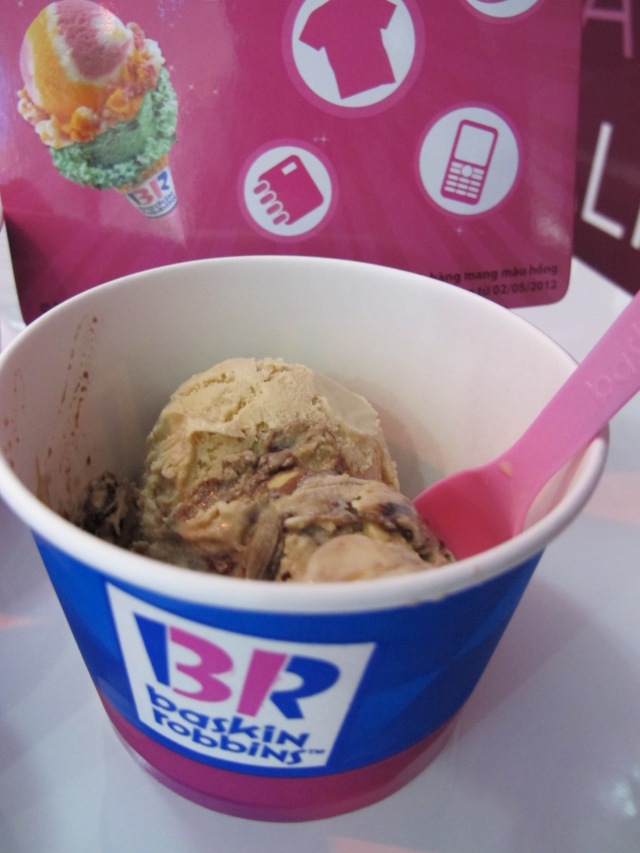 A terrific ending to a hot, hot afternoon!