On Saturday, Saigon tweeps and bloggers had an informal meetup at The Bean Store.

Met with saigonnezumi, HerDailyDigest, sitesnbites, and other tweeps — and I quote saigonnezumi, “Meet ____. No blog.” 😀  (Who else did I meet? My memory ain’t sharp anymore!)

Because I enjoyed eating at The Bean Store, I convinced hubby that we should have lunch there before attending mass at Mai Khoi.

The Bean Store (@thebeanstore), owned by fellow tweep, @tamkaizen, just opened a couple of months ago.  I love, love the details @tamkaizen and his partner put into the place!  If this weren’t so far from Phu My Hung, I’m telling you, I’ll be a fixture in this store!

The store is Muji-inspired with a minimalist approach.  Don’t you just love their furniture? 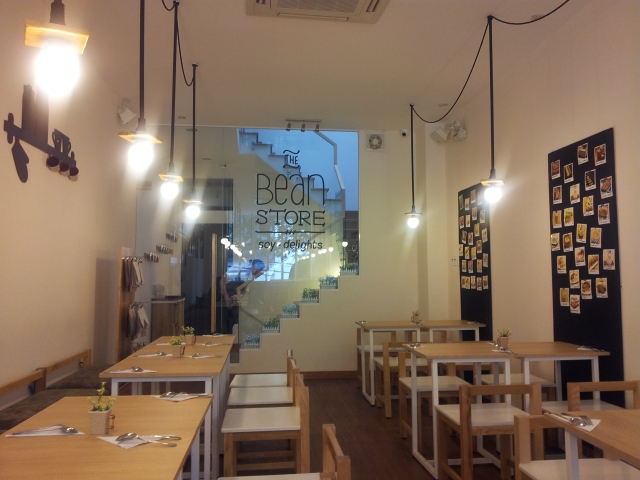 You won’t find the light bulbs in this space here in Saigon.  Hanging on the walls were the photo collages of the food they serve. 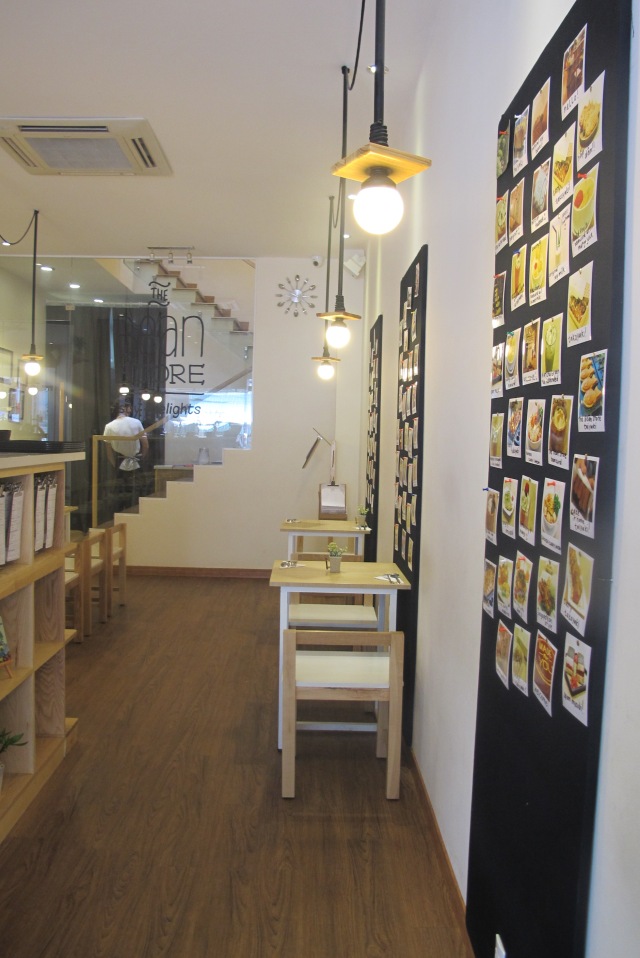 There menu is not extensive BUT impressive!  Mostly, they serve Singaporean-Malaysian-Japanese dishes and as the name of the store suggests, they serve soya-based drinks and desserts.

We also ordered Takoyaki which we failed to take a photo of but it was delicious!  Hubby noted that it was really stuffed — unlike some versions that looked big but only had air inside.  On Saturday, I also ordered Taiyaki for take away and that was a hit too with hubs.

Oh and the boys enjoyed the Matcha Green Tea as well —

I sound like a broken record, but I really, really like the details — very inspiring!  I can break out into a haiku!

The kitchen is right by the entrance and passers by can have a glimpse of what’s cooking! 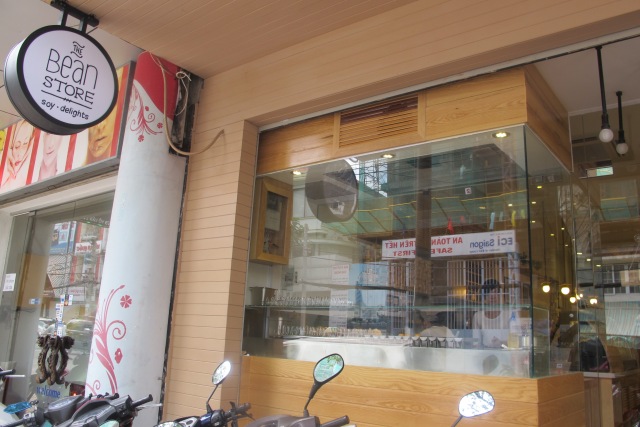 Hubby and I agree that the food is topnotch and the service is really good.  The price?  Just right!  Will we come back?  Absolutely!  We haven’t tried the soy desserts!

This entry was posted in Gastronomic Delights and tagged The Bean Store. Bookmark the permalink.

8 Responses to The Bean Store