Not so early Sunday morning, we headed to the Crescent area to join in the 16th Terry Fox Run.  Lots were representing their companies and schools — but in my heart, I was joining the run in honor of my Dad who was a colon cancer survivor and for my friend, AJ.

Since I haven’t had any proper exercise regimen since I gave birth 7 months ago, I had no plans of really running.  But, I was insistent that we should be in front of the pack because weaving through the crowd if you come from behind can be quite difficult.  That’s why we found ourselves in front of everybody.

And we saw more of our friends there too.

Before the gun went off (well there was no gun really), I turned around and saw the sea of people behind me. 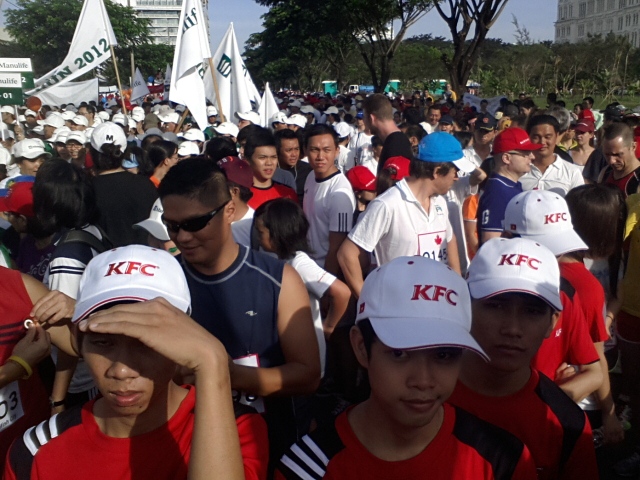 We run for a bit to avoid getting trampled on but who are we kidding?

The important thing is lots of people came in solidarity with Terry Fox’ cause.

While some ran, walked, some were on their bikes, strollers, rollerblades, and skateboards –

Truly hope that this run accomplished what it set out to accomplish. 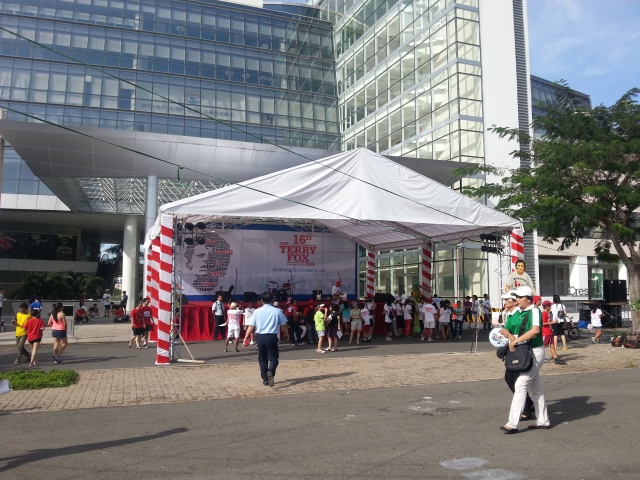 Till the next Terry Fox Run!  See you next year!